Peter E Davidson is a writer, actor and comedian from Derry, Northern Ireland.

As a stand-up he is the regular MC at 'Laughs@TheLoft' comedy club in Derry. He has been a guest on BBC Radio Ulster's  'The Blame Game' and 'Live At The Sunflower With Shane Todd.' He has performed three solo runs at the Edinburgh Fringe Festival with 'Guns N' Rosé (2017),' 'Fopical (2018)' and 'Peeved (2019).' His fourth solo show 'Sleepyhead' was set to run in at the  2020 Fringe but has been delayed until 2021. A fifth special '2020 Vision' is currently being developed for a December 2020 online premiere.

As a writer Peter has written sketches for BBC NI, BBC Radio Ulster, BBC Radio 4 Extra as well as had having a sitcom in development at Radio 4.

As an actor he has performed in many professional theatre productions by The Playhouse, Derry and has been invited to perform shows in both Brussels and New York for the Arts Council NI and Derry City Council. 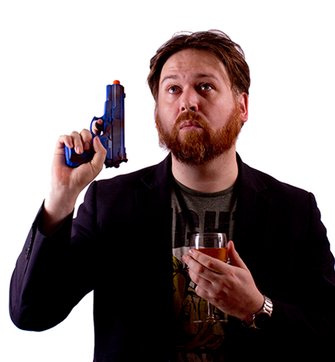 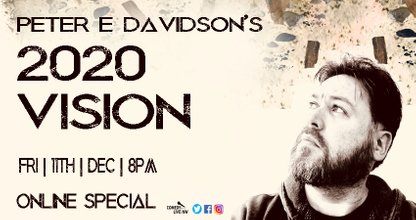 Connect with Peter on social media at the following pages: